Mr. Zaid Hamid is a “self claimed” security consultant and a chutiyametic strategic defense analyst. He is the founder of BraStraps, a unique Pakistani Think Tank devoted to the making theories of regional and global political events and their implications for Pakistan’s security and interests. As a self assumed expert on any subject, he is frequently invited to speak on national television networks to entertain the world with his imaginary reasonings. These program’s has pioneered a new trend in currents affairs programming in Pakistan, where he cunningly knits together the conspiracy theories of global events, and transform those conspiracy theories for the threats that we face and where our true national interests lie. Owing to the tremendous appreciation received by these comic program series, a number of people have expressed in putting Mr. Zaid in mental asylum. But it is our motto to spread the propaganda and lie so that we can keep on hating Hindus, Christian, Sikhs and all other Kaafirs (Chinese are exempted at the moment).

Zaid Hamid’s USP: He can speak gibberish non-stop at great speed and that too quite convincingly. He specializes in jingoism. He masquerades as a defense analyst to entertain the masses and serve the interests of the ruling elites of both Pakistan and India. 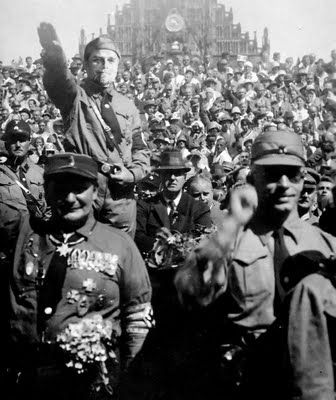 The content of this blog is available for everyone to share, reblog and repost. If you could then you should give a link to this blog, if not, no problem. The main idea is to share as much as you can.

Listen to our crazy azaans

What do you say

We are the best. We are the most peaceful. We won all wars – never started any. We are superior to others. We discovered basic sciences – the West stole them. We don’t fight with fellow Muslims – it is Hindus, Jews and West that divide us. We do not allow any debate because our word is final and pure. We have facts and don’t need to present them. We know what really happened. We are right. We are Zaid Hamid- The best comedian from Pakistan.